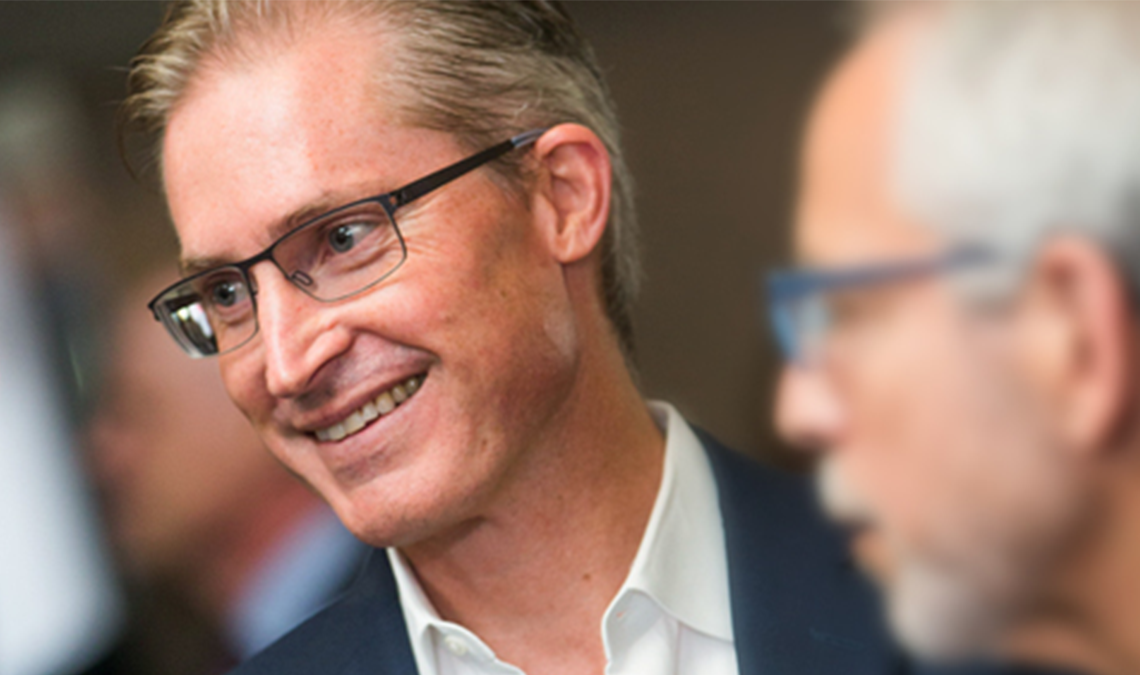 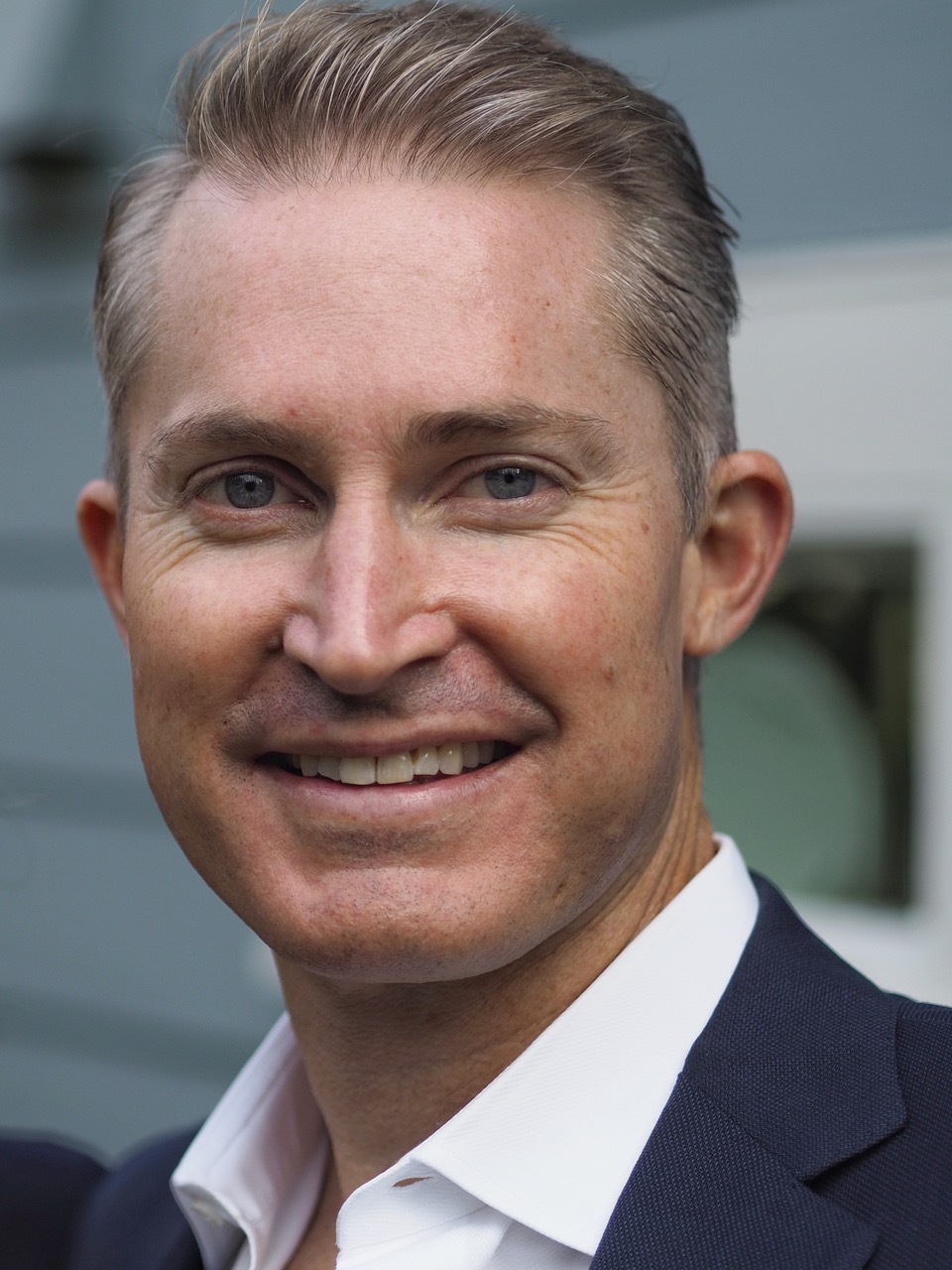 Jeff Rector, the UC San Diego School of Global Policy and Strategy (GPS) Outstanding Alumnus for 2020, has enjoyed a dynamic professional life that has spanned business, law and nonprofits. His secret to success? Hard work and tenacity, not being afraid to fail…and a little help from his friends at GPS.

Since graduating in 1997 from GPS with a Master of Pacific International Affairs (MPIA), Rector forged a career with several large corporations across the world, before returning to school to earn a law degree. He then went on to work in international project finance before forming a nonprofit organization in an area he was passionate about but had never worked in before – bringing sustainable energy solutions to developing countries in Africa.

Today, Rector leads a legal practice focused on the development and financing of sustainable energy projects located in the United States and internationally.  He also taps into his past experience to consult on legal reform and project development to support investment in clean energy infrastructure in sub-Saharan Africa.

“Jeff has been a great role model for our students,” said professor Ulrike Schaede, who taught Rector during his master’s program and now counts herself as both his mentor and friend. “His illustrious professional path has touched many facets of what a GPS career can look like.”

Rector, a California native, was a political science major at UC San Diego when he discovered the master’s programs at GPS – then the Graduate School of International Relations and Pacific Studies, or IR/PS.

“I became very interested in learning more about Japan’s organization of its national economy and what it meant for American global competitiveness,” Rector said. “I took courses at IR/PS while I was an undergraduate and knew immediately I wanted to attend.”

Rector applied to only one international affairs program: the then MPIA degree at UC San Diego. After graduating in 1997, he worked for nearly three years in the Tokyo office of Bechtel Corporation, one of the world’s largest engineering and construction firms, before leaving to start his own company: a Japanese corporate news and investor relations web portal.

Rector said it became clear that the company wouldn’t prosper after about a year, and he made the decision to return to San Diego and accepted an offer from Hewlett Packard (HP).

“At HP, I had a job that perhaps gave me too much time to think about other things that I wanted to do with my life,” he said. “I decided to go to law school and combine a law degree with my MPIA and overseas experience to work in international project finance.”

After earning his law degree, he worked as an associate at global law firms out of Tokyo, San Francisco, Los Angeles and London.

“In this work, I found that my GPS education definitely gave me an edge over other attorneys who were not exposed to the importance of examining the institutions that make and implement laws, as opposed to merely looking at the laws,” Rector said. “Even as a junior attorney, I felt like I could answer questions my clients had much better than an average attorney with more law experience because GPS gave me the toolkit to look at the whole picture.”

About seven years ago, he returned to San Diego as an associate at one of California’s largest law firms, Sheppard Mullin, and soon became a partner. By then, Rector said, he had taken an interest in climate change and the energy sector, and he decided to take a leap of faith, once again launching his life and his career in an entirely different direction to follow his passion.

Rector’s interest in the energy sector came as a result of his desire to help mitigate global climate change. 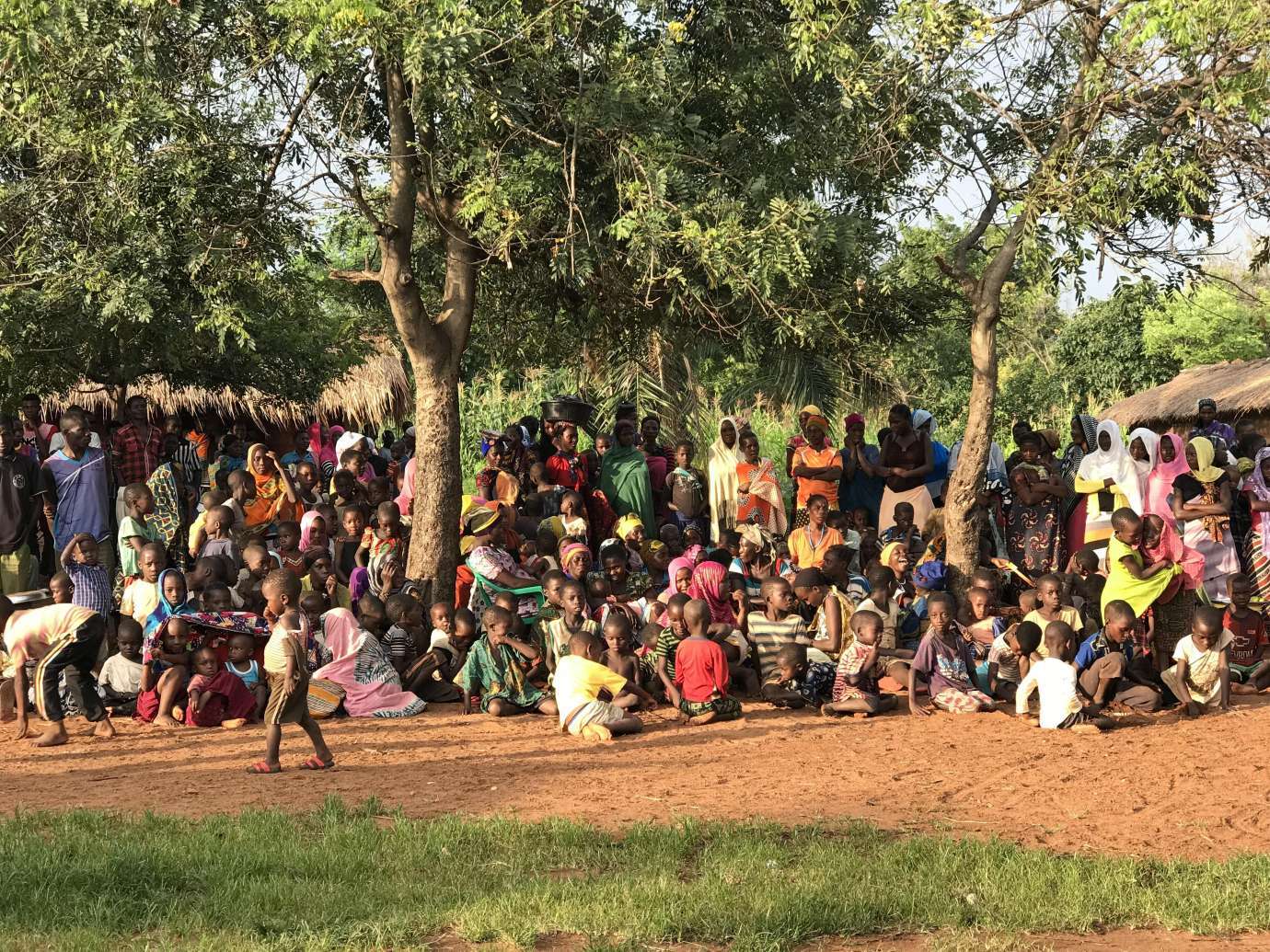 “I know from my experience working in infrastructure that it’s extremely difficult for societies to reverse course and change laws in ways that render existing assets to be of diminished value,” Rector said. “Once a coal-fired power plant is built, for example, there’s a lot of pressure to continue operating it, which means you’re building something that will be emitting carbon dioxide for 50 years.”

Though Western countries have already built most of their energy and power infrastructure, Rector said many developing countries in Africa don’t yet have this infrastructure in place – meaning there is still opportunity to steer the course of the continent’s carbon footprint.

Rector set out to start a microgrid project in sub-Saharan Africa to bring sustainable energy to those who needed it most. But he had no personal connections in the region.

That’s when he reconnected with GPS and its extensive alumni network, thanks in part to encouragement from alumna and past alumni association president Brooke Partridge ’91 and his former GPS professor, Ulrike Schaede.

“Until then, I’d been pretty separate from GPS, mostly because I’d been living overseas and it was harder to stay in touch,” Rector said. “Reengaging with alumni allowed me to do something that was new and extremely professionally rewarding.”

Rector reached out to 10 alumni who had experience in Africa or were living there, and they provided him helpful feedback and contributed to his confidence in starting the microgrid project.

In 2017, Rector’s dream became a reality when he and his business partner founded Millennium Microgrid, starting the process of bringing affordable, sustainable energy services to rural off-grid communities, with the initial focus on villages in Tanzania.

After years of complex negotiations with 17 villages, local leaders and other governmental entities, however, the Millennium Microgrid project was forced to suspend its operations earlier this year until further funding can be found. “The setbacks were coming faster than our solutions. That’s the bad news: this didn’t materialize before I ran out of money,” Rector said.

Still, Rector never considered the venture a failure. “Financial realities required me to shift gears, but Millennium Microgrid stands as the part of my career that I’m most proud of,” he said.

After the setback with Millennium Microgrid, Rector opened a private law practice in California focusing on policy related to energy and the environment.

His law practice and experience working in sub-Saharan Africa has opened new doors for him, allowing him to consult on clean energy water pumping systems and national electrification strategy projects in Mozambique.

“I’m getting a lot of enjoyment and professional satisfaction working on clean energy projects,” Rector said. “The fact that I’m working independently right now was not part of the plan, but even though I’m working on smaller projects, I think I’m having more impact.”

Rector credits his time at GPS for both the trajectory of his career and his commitment to making a positive impact on the world.

“Because of the support of alumni and professors, my life has been enriched by GPS for a second time,” Rector said. “People should make the effort to engage with and explore the school’s alumni network. There might be people out there who can help you in your career.”

An alumni selection committee reviewed nominations for and determined the winner of the 2020 Outstanding GPS Alumnus. Thank you to the following alumni, who represent board and non-board members from different regions and degree programs: