Furthering the field of entrepreneurship 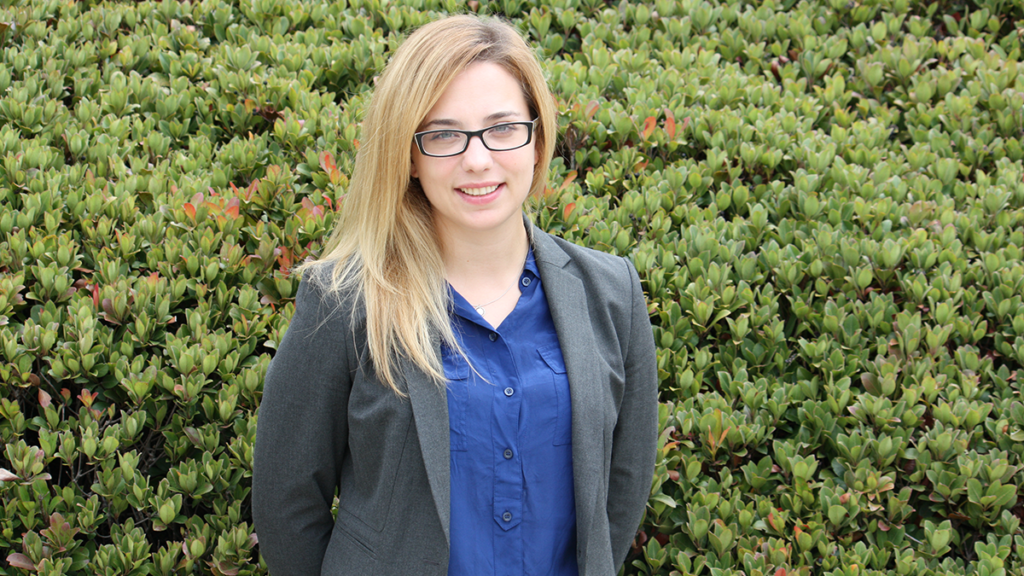 As a recipient of the 2016 Kauffman Junior Faculty Fellowship in Entrepreneurship Research, Assistant Professor Liz Lyons’s research is on the fast track

Considering Liz Lyons’ father was an entrepreneur, the apple doesn’t fall too far from the tree—though, the assistant professor at the UC San Diego School of Global Policy and Strategy (GPS) is not a business owner or inventor.

In fact, she contrasts herself from the “entrepreneur type” that is her father, a bold and risky electrical engineer who has founded several companies based on his inventions. But Lyons’ research revolves around just this. And, as a recipient of the 2016 Kauffman Junior Faculty Fellowship in Entrepreneurship Research, she’s on the fast track with it.

The Kauffman Junior Faculty Fellowship in Entrepreneurship Research, established by the Kaufmann Foundation, is bestowed to tenure-track junior faculty members at accredited U.S. universities with research surrounding entrepreneurship in ways that propel the field.

Lyons, who was nominated by her colleague and fellow GPS Professor Joshua Graff Zivin, received $35,000 worth of funding for three years. Among other undertakings, she plans to dedicate her fellowship to answer two questions she’s focused on for the better part of her young career.

Can entrepreneurship be taught?

The first project evolved from research during her doctoral studies, which involved collecting data over five years on one of the largest entrepreneurship training programs in North America.

Lyons looked at whether, in fact, there are elements of entrepreneurship that can be taught and, as such, if these incubators are worthwhile investments. She did so by comparing the career paths of applicants who weren’t accepted to the incubator versus those who were and completed it.

The verdict? Entrepreneurship is not entirely innate, and training does have an impact on those who pursue it. 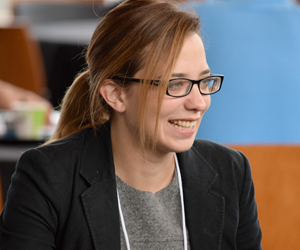 Based on Lyons’ data, people who went through the incubator program are more likely to enter into entrepreneurial jobs versus those who were not admitted to the program, she said. Another facet of the findings is that these effects—those trained in entrepreneurship being more likely to enter the field—are most concentrated in women and minorities. Still, those who enter the incubators are primarily white males.

“We think that’s because they may not have access to the type of information and the networks that white males have,” Lyons noted. “These incubators give them a more formal way of getting access.”

These findings, which are soon to be released in a series of papers, Lyons will present at a roster of conferences this summer, which she will be able to attend thanks to her fellowship.

When does one become an entrepreneur?

Her second project, which is younger than the aforementioned and in experimentation, hones in on the question of under what conditions someone decides to leave their current employment to pursue entrepreneurship.

“There are conditions under which, in expectation, you earn more profit from being self-employed than you do from wages in work,” Lyons prefaced. “But being self-employed involves other problems such as coordination that you may not want to, or know how to take on.”

As part of ongoing lab tests, Lyons is putting this notion to the test in the form of a computer game, whereby participants are paid a certain wage to produce something for a firm and then are offered the opportunity to spin out and produce their own goods. But, in doing so, they are faced with obstacles of coordinating with other people.

Is the burden too significant for participants to see through their outlet in entrepreneurship? This, Lyons is observing.

“We’re really getting it off the ground,” she said of the experiment.

Lyons also will disclose the project throughout the summer in conferences and other meetings, including at the Academy of Management Annual Meeting, held Aug. 5-9 in Anaheim, Calif., where she will be recognized for her fellowship.

“This funding gives me more flexibility with what I can take on,” Lyons said. “I’m thrilled to be a recipient of this fellowship.”