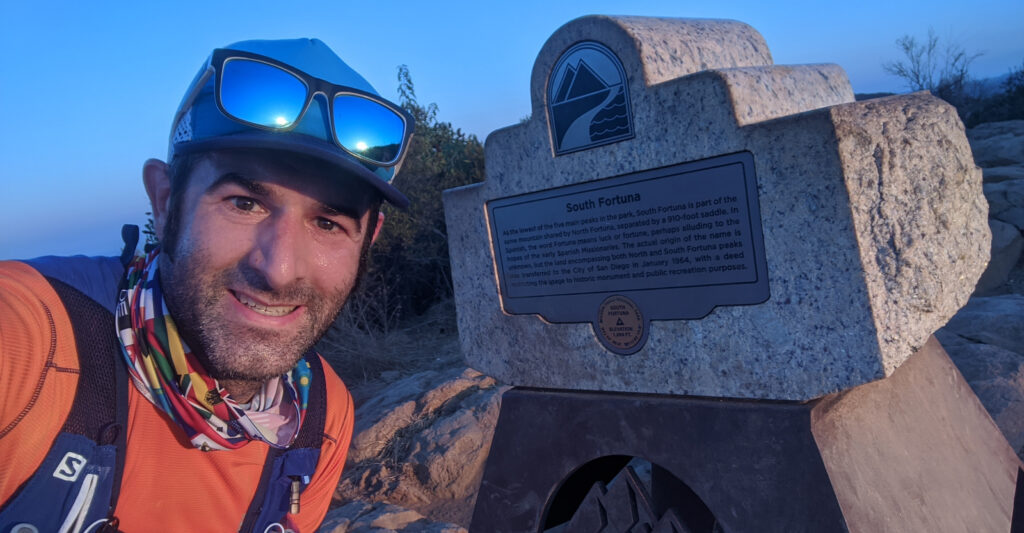 “I used to be a very active triathlete,” Handley said. “In fact, I originally spent time in San Diego because I would visit for training camps in the winter when I was still living in Wisconsin in my 20s.”

“The great faculty at GPS, the Pacific focus and the opportunity to teach students interested in international relations and policy were all huge draws for me,” he said.

“The basic idea is that the stability and permanence of trade policies and the institutions that back them up can be just as important as the exact tariff rate on an import,” Handley said. “A tariff on imports might be reduced to only 3% today, but suppose there is some risk it would rise to 30% next year. Then the expected increase in trade might not materialize because businesses hold back on the investment needed to take full advantage of better market access when the future path of policy is uncertain.”

One notable study Handley recently completed involved Brexit, the United Kingdom’s departure from the European Union following a 2016 referendum, that showed reductions in U.K. and European bilateral exports leading up to that vote.

“One important insight from that work is that firms in the rest of the EU, like France or Spain, react negatively to Brexit uncertainty even though their own voters and policymakers had no direct say in the referendum,” Handley said. “Moreover, once Britain exited the EU, it potentially reduced the value of the EU agreement for remaining members since the agreement is less stable than it once was.”

Handley noted a similar reduction of value when President Donald Trump threatened to leave NAFTA, which was ultimately renegotiated as the United States-Mexico-Canada Agreement (USMCA), or his threats to withdraw from the World Trade Organization.

Handley also released a working paper earlier this year on the supply chain effects of the U.S. trade war, written with colleagues at the U.S. Census Bureau and Federal Reserve.

“I’m excited about it because we were able to use confidential firm-level microdata to measure the exposure of firms and very narrow industries to new import tariffs imposed during the trade war,” he said. “Normally, we would have to wait two to three years for the firm-level data to be processed and catch up to the present before doing any further analysis, but we were able to take U.S. export data that is released with a lag of about eight weeks and match with our exposure measures from the firm data to do more contemporary policy analysis.”

Handley and his co-authors’ main finding was that the import tariffs fell heavily on firms that also export because they have global supply chains. This helps explain weakness in U.S. export growth from late 2018 onward, Handley said.

Handley’s research expertise will soon extend into the classroom setting, as he is scheduled to teach a course on trade agreements during the spring quarter.

“Trade agreements are a topic that I care a lot about and have spent a lot of time researching,” he said.

Handley hopes that in his courses, students will see economic analysis and thinking as one way – but not the only way – of viewing the world.

“Economics can help us understand the incentives and decisions of businesses and policymakers,” he said. “However, it’s not the only way one should think, and there are times when it is not the right way to look at a problem.”

With much still uncertain about what the winter and spring terms may look like because of the current pandemic, Handley is preparing for a teaching environment that is either hybrid or fully online. Handley, who previously taught in the Michigan Executive MBA program and created video lectures for the online MBA program, said he plans to combine short pre-recorded video lectures with in-class discussion and exercises.

“One thing I like about pre-recording is that you can, without a lot of technical skill, edit together content exactly the way you want,” he said. “In a live, in-person lecture, there are no do-overs. If I’m not happy with the way I explain a concept on video, I can just record it again or edit two videos together.”

Handley, who moved with his wife Betsy and two children to San Diego in July, said his family has loved the weather, the wide range of outdoor activities available and that they were able to sell one of their cars before the move.

“We now have two cargo e-bikes and use those to shuttle our kids back and forth to daycare, camps and school. There are some weeks where we don’t take the car out at all,” he said. “We can also take the whole family and a couple boogie boards to the beach without having to worry about parking. It’s all working well for now; we’ll have to see what the new normal is after the pandemic.”

Though Handley is no longer a triathlete, he said he still likes to swim and bike when he has time.

“Nowadays I spend most of my time running – on trails when possible – and going out hiking with my family,” he said. “Now that it’s getting cooler, we recently went camping out in Anza-Borrego Desert State Park. It’s amazing to go from the ocean, over the mountains and into a desert on less than a two hour drive.”