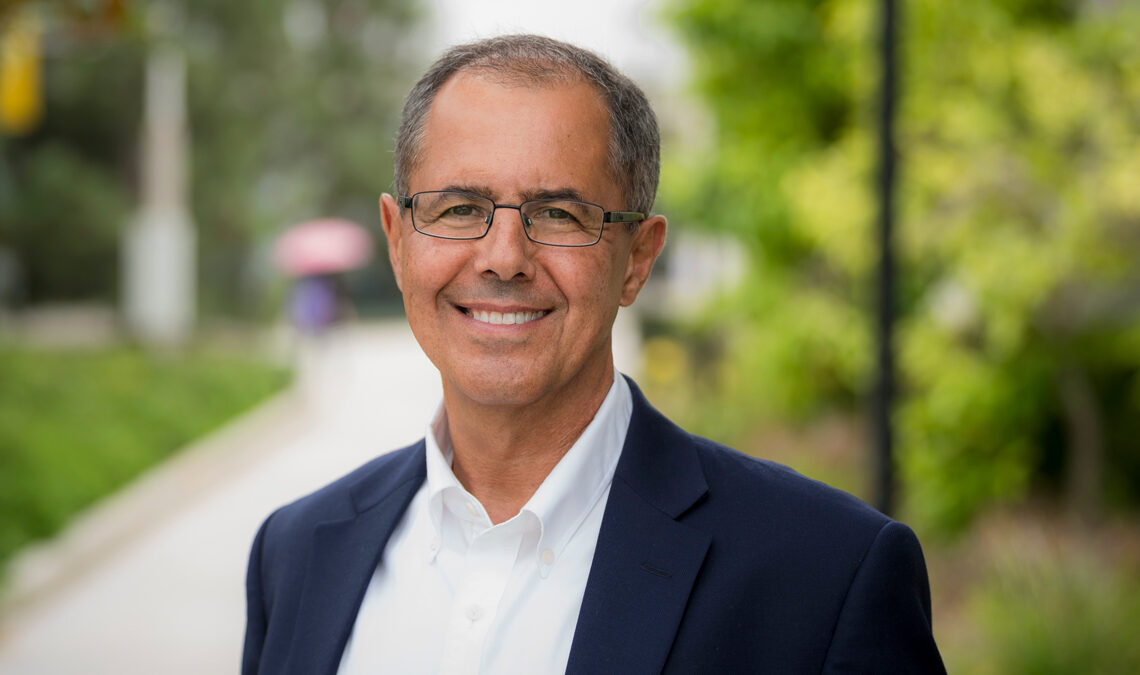 From the migrant crisis at the U.S. southern border to trade talks and international diplomacy, U.S.-Mexico relations have risen to the top of global headlines in recent years, making research and policy discussions more relevant and timelier than ever. Rafael Fernández de Castro has been on the frontlines of this field as a professor at the University of California San Diego’s School of Global Policy and Strategy and the director of the Center for U.S.-Mexican Studies (USMEX). Now, Fernández de Castro has been named the inaugural Aaron Feldman Family Chancellor’s Endowed Chair in U.S.-Mexican Studies in Memory of David Feldman.

The chair was established with a $1 million gift from UC San Diego friend, Aaron Feldman, as part of the Chancellor’s Endowed Chair Challenge to support the recruitment and retention of outstanding tenured faculty. The gift also contributes to the Campaign for UC San Diego, which will conclude in June 2022.

“We are so grateful to Aaron Feldman for his vision in establishing this chair in an area where research is critically needed for informed policy decisions,” said School of Global Policy and Strategy Dean Caroline Freund. “Endowed chairs are among the most prestigious honors bestowed upon faculty, recognizing professors whose innovative work leads their field, impacts our dynamic campus community and transforms the world. We are pleased that Rafael Fernández de Castro has received this well-deserved honor.”

As a former policy advisor to Mexican President Felipe Calderon and an expert on bilateral relations between Mexico and the U.S., Fernández de Castro collaborates with communities and government to understand patterns of international exchange, migration, violence and crime across the border region and Mexico. He is the founder and editor of Foreign Affairs Latin America and contributes regularly to the daily newspaper El Financiero-Bloomberg, as well as Televisa.

“I have observed the Center of U.S.-Mexican Studies over the years, and I can say that I have never seen USMEX as active as it is under Rafael’s leadership in contributing to key issues in the complex U.S.-Mexico Relationship,” said Feldman. “USMEX is having an impact at the federal and local levels of both countries.”

Fernández de Castro is currently leading three major multi-year initiatives. Together with a group of top scholars, practitioners and experts from the U.S. and Mexico, he has led the “U.S.-Mexico Forum 2025,” which looks at bilateral U.S.-Mexico relations during the four years (2021-2025) when U.S. President Joe Biden and Mexico’s Andrés Manuel López Obrador will concurrently hold their presidencies.

The second initiative is in collaboration with the Consulate General of Mexico in San Diego on strengthening the CaliBaja region, which comprises parts of Southern California in the U.S. and Baja California in Mexico, on topics ranging from migration, the border reopening, public health and more. The third is the Summer Seminar for Mexican Officials on U.S. Political Institutions and U.S.-Mexico Relations, funded by the U.S. Embassy in Mexico City. The seminar has become a go-to resource on U.S.-Mexico relations – its third seminar in the summer of 2021 hosted 125 participants.

“I am honored to receive this recognition,” said Fernández de Castro. “As we continue to pursue a cooperative binational relationship between the U.S. and Mexico, the payout from this endowed chair will allow me to use the funding for projects to analyze and mitigate potential conflicts emerging from our countries’ complex interactions.”