Ellis Krauss receives The Order of the Rising Sun 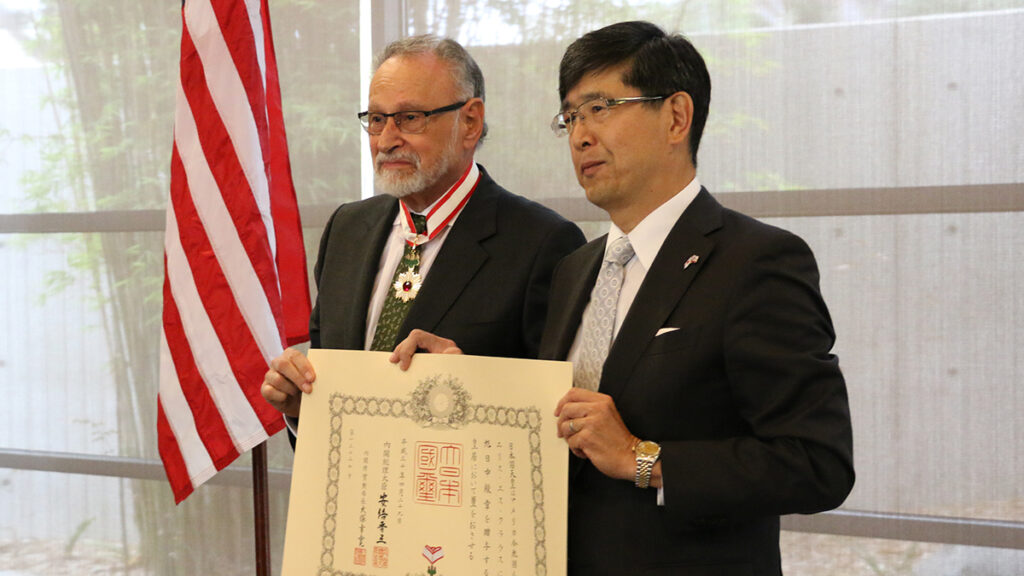 Awarded in the name of the Emperor of Japan, GPS Professor Emeritus Ellis Krauss is bestowed the Order of the Rising Sun, Gold Rays with Neck Ribbon for his meritorious service and scholarly dedication towards Japanese-U.S. relations 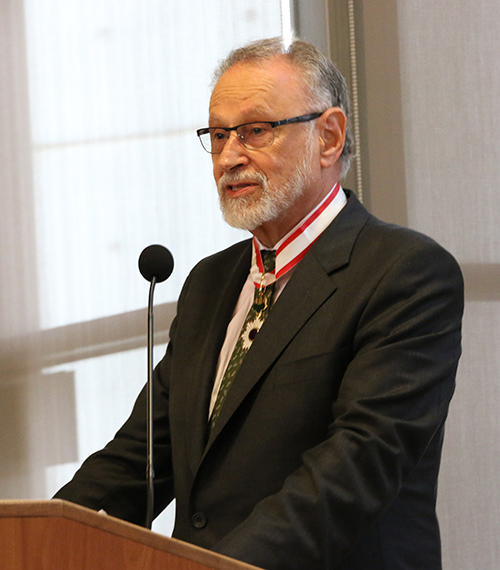 For over 45 years, Professor Emeritus Ellis Krauss at the UC San Diego School of Global Policy and Strategy (GPS) has contributed to promoting academic exchange between our two countries, improving the understanding of Japan at the School as well as nationwide.

On April 29, 2018 (Japan Standard Time), Krauss was awarded The Order of the Rising Sun, Gold Rays with Neck Ribbon, which is the third of seven classes, and is the highest level any ordinary citizen can receive.

A leading expert in Japanese politics and diplomacy, Professor Krauss has written more than 100 papers and books on these subjects. Since the awards inception in 1875, and since 1981 when it has been conferred on non-Japanese recipients, only a handful of contemporary American political scientists have received the honor.

“It’s a very prestigious award for foreigners, the first two classes are usually given to heads of state, royalty and high officials. I’m also in the ranks with celebrities like Clint Eastwood and George Takei,” laughs Krauss.

The extensive months-long selection process consisted of a two-hour interview on the phone with the Consulate General of Los Angeles, innumerable emails back and forth and stringent background checks. This cautionary process ensures award recipients are not political extremists or biased against Japan.

“I am proudest that I got the award based on being neutral and objective in Japan in my publications and teaching,” said Krauss. “Students in my classes would have told you that I would not hesitate to criticize but also complement Japan. I try to be objective.”

Celebrated for his impact on Japanese academics throughout his career, Krauss also headed the GPS Global Leadership Institute for four years in the late 90s, back then when the Institute’s primary focus was to create executive education courses for ministry officials and economic experts of various countries, including Japan.

“Japan is our most reliable and closest ally in the Pacific, and other than China, it is our greatest overseas trading partner,” said Krauss. “Japan will always be an important friend and partner to the U.S.” 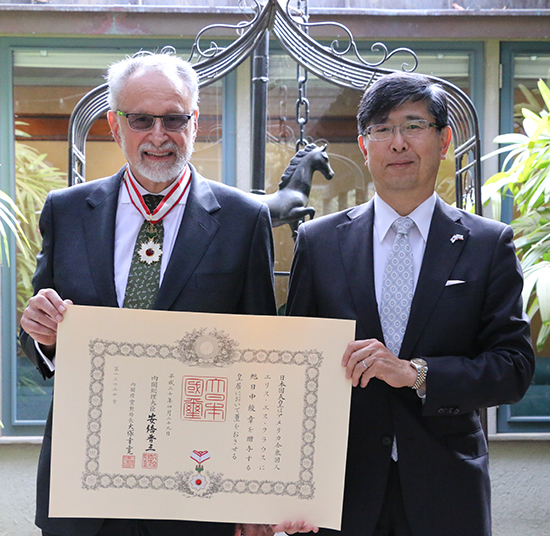 “The book is a comparison of Japan and Germany, both of whom have peace constitutions that technically forbid them from going to war or having armaments,” said Krauss. “Even though both countries have developed a strong military presence and build weapons, they are active as military allies. We compare why and how this evolution occurred in both countries.”

“I really miss the students and lecturing. I loved that connection,” recalls Krauss. “While I don’t miss grading, I always enjoyed the caliber and maturity of our students and the diverse backgrounds and interests.”

When asked to share a favorite memory of his time at GPS, he recollects his conversations with fellow colleagues like Professors Peter Gourevitch, Susan Shirk, Stephan Haggard, Ulrike Schaede, Barry Naughton and former colleagues Andrew MacIntyre and Miles Kahler, and the late Bruce Lehmann.

“I loved interacting with the exceptional caliber of colleagues, from our informal interactions to cooperation on projects,” Krauss recalls. “I learned so much from these people and those memories are some of the experiences I will cherish the most.” 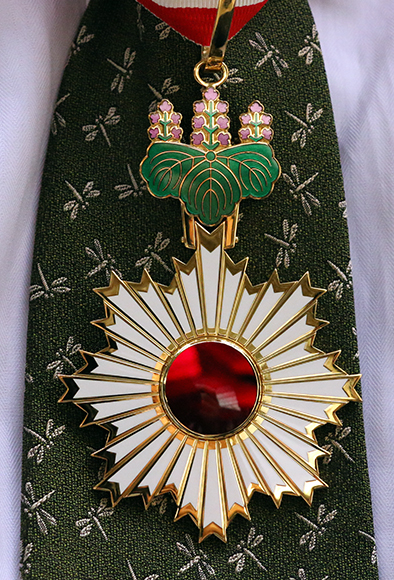 At the conferment ceremony, held Sept. 27 at the UC San Diego Ida & Cecil Green Faculty Club, former colleagues, students, Japanese leaders and lifelong supporters gathered to honor Krauss for his spirit of collaboration and intellectual fearlessness. The ceremony was silent and powerful as Krauss received the decoration, bowing in respect to Akira Chiba, Consul General of Japan in Los Angeles.

“The country of Japan has contributed far more to our lives,” revealed Krauss. “It is with deep gratitude to my adopted country that I accept this award in my native country.”

“Krauss has had a lasting legacy at this school,” said Cowhey. “We award Krauss for his scholarship, one that is not only intellectually brilliant but graceful in his decision making.”

The badge is comprised of several parts, featuring rays of sunlight from the rising sun, referencing Japan’s nicknapme “Land of the Rising Sun.” The gold rays with neck ribbon symbolize the level of the rank. Representing his feelings at receiving this honor, Krauss referenced the late Senator John McCain’s speech to the Naval Academy in 1993.

“To say that I am very grateful to have received this honor…is a gross understatement. In my life, I have never known a greater honor…nor one so unexpected.”

For an overview of the ceremony, please visit our Flickr album.