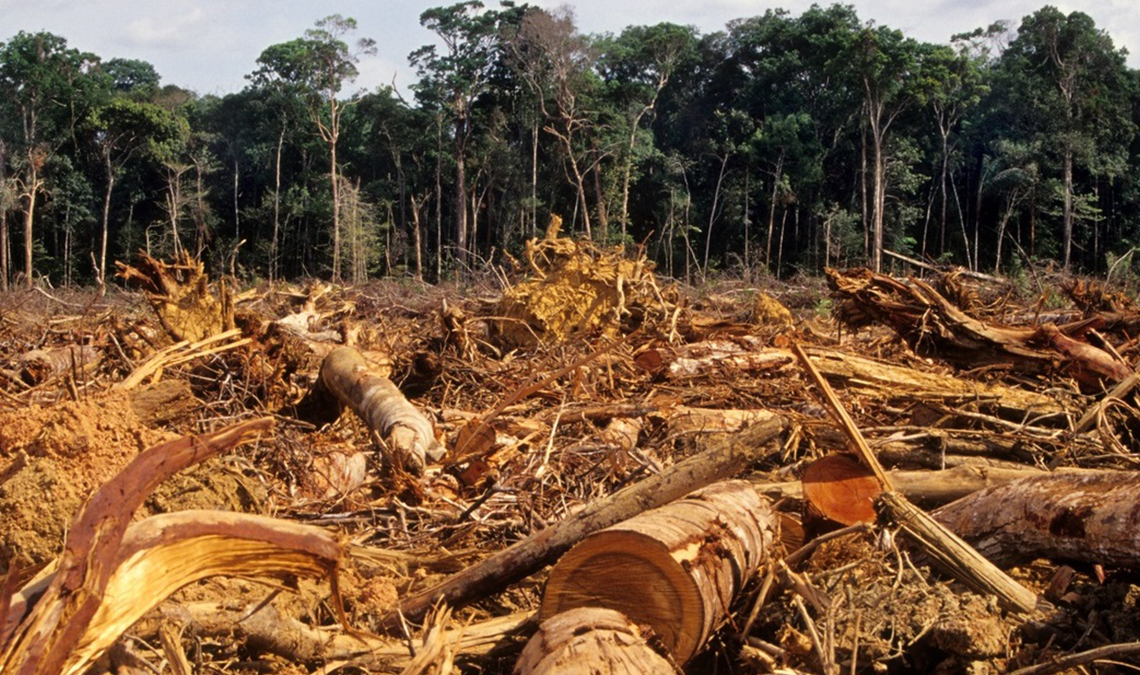 Conserving forests does not just save trees; it saves lives in the short and long-term says researcher

Deforestation is not an issue dominating headlines in the U.S. right now, but Teevrat Garg, an assistant professor of economics at UC San Diego’s School of Global Policy and Strategy, thinks it should be. Deforestation has been linked to both the spread of infectious disease and climate change, and what is most alarming, it’s happening at a rapid rate.

Even though the annual rate of deforestation has halved over the last 25 years, vast areas of forests continue to be lost. And, it’s an issue that deserves our attention as the world celebrates Earth Day this week.

“Changes to the physical environments induced by humans through deforestation leads to changes in the health outcomes of local populations and contributes to the global problem of climate change, among other adverse effects,” said Garg, who studies environmental impacts on developing countries. “More and more research points to the fact that when we engage in activities like deforestation, we don’t fully understand the ripple effects. The consequences can be quite dire.”

Deforestation plays an active role in the spread of infectious disease

The destruction of habitat for wildlife and the threat to the land of indigenous peoples is alarming in itself, and research has shown its direct impact on public health. For example, a new study by Garg connected loss of primary forest (also known as old growth forests) to the spread of malaria in Indonesia. He found that forest-cover loss increases the incidence of malaria. Specifically, a 1 percent decline in forest cover increases malarial incidence by 10 percent. The effect is strongest in villages near forests, and persists to a lesser extent, in villages more distant from forests.

“The findings are consistent with research from epidemiologists and disease ecologists that the deforestation drives changes in biodiversity that leads to propagation of malaria carrying vectors,” Garg said.

One possible reason is that more humans are in the in forests cutting down trees, thus having more contact with mosquitos. However, Garg’s research concluded that the spread of malaria is more likely caused by a decline in biodiversity, allowing for the spread of mosquitos, which in turn, infect humans with the disease.

Malaria is not the only disease that can be an accelerated due to deforestation. Research published in Scientific Reports had similar findings, connecting the spread of Ebola in West Africa villages to sites where forests had recently been cleared.

To be clear, there is no concrete evidence that COVID-19 was propagated by deforestation, but scientists have documented how diseases such as HIV and Ebola, as well as SARS and other novel coronaviruses can be traced to bats that transmit disease to other mammals, and eventually to humans. Bats live in different environments all over the world but mainly live in forests.

When forests are cleared, humans are knocking out one of the planet’s best allies in capturing greenhouse gasses, and creating additional emissions by cutting down trees. When trees are felled, they release all the carbon they have been storing back into the atmosphere, contributing to the global problem of climate change.

In a special report on climate change and land use by the Intergovernmental Panel on Climate Change (IPCC), protecting forests—especially tropical forests is listed as one of the most important strategies for climate change mitigation.

In addition to the global problem of climate change, deforestation also has warming consequences that hurt local populations, according the Garg.

He was an author in a study that revealed areas along the Tropics, where forest had been recently cleared, had local temperature increases by as much as 15 degrees Fahrenheit (or 8.3 degrees Celsius).

“Hotter temperatures have detrimental effects on workers’ health, their economic productivity and livelihood,” he said. “Our research shows that heat differentials from forest clearing results in major productivity losses with real economic consequences.”

Going, going, gone—rapid deforestation around the world is sounding an alarm

While Garg’s research does not track the rate at which forests are disappearing, this area sparked his research interest while he was in graduate school when spatial analyses data allowed economists to study deforestations impacts.

Between 1990 and 2016, the world lost 502,000 square miles of forest, according to the World Bank, a size comparable to that of South Africa. About 17 percent of the Amazonian rainforest has been destroyed over the past 50 years, and losses recently have been on the rise. Statistics released last fall indicated deforestation in Brazil increased nearly 30 percent in 2019, compared to the previous year.

Garg has serious concerns over these reports. “Brazil was starting to become a beacon of hope in the fight against deforestation, but the recent trends have been disturbing and a cause for alarm for the entire world.”

The country has seen a spike in deforestation under President Jair Bolsonaro’s administration, which supports logging and farming in the Amazon region. Illegal loggers in the country make the problem worse. “For much of the last decade, Brazil showed us that the capacity of institutions to regulate and reduce deforestation was enormous. Unfortunately, it is also an objective lesson on how the same institutions can reverse those trends,” Garg said.

He added, “Economic growth and ecological conservation are often thought to be opposite sides of a coin. Increasingly, we are finding many instances when this is not true.”

For example, Garg cites another of his papers that showed rapid expansion of rural roads in India had no meaningful effect on forest-cover loss.

In another instance, Garg and his coauthors showed that economic policies in India that exclude environmentally detrimental industries from receiving any subsidies, allowed for economic development without hurting the country’s conservation efforts.

“Bottom line—we can design the right policies to achieve economic expansion without destroying the ecological landscape,” he said.

Modeling the future of Southeast Asia