Data from Behind Enemy Lines: How Russia May have Used Twitter to Seize Crimea 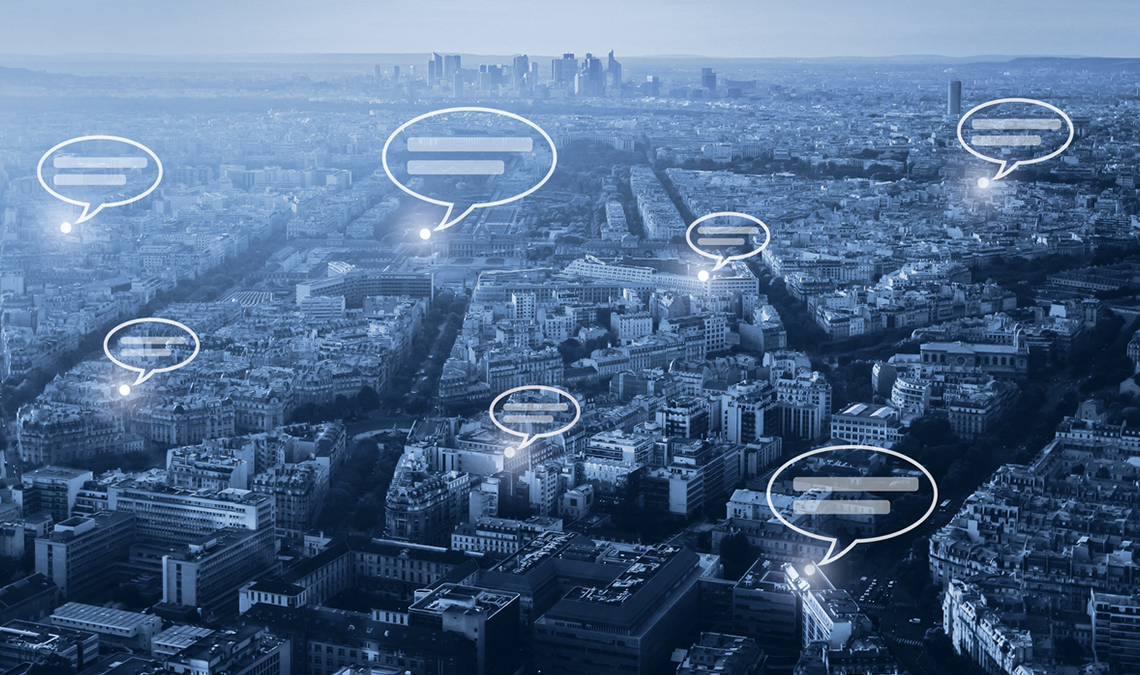 Online discourse by users of social media can provide important clues about the political dispositions of communities. New research suggests it can even be used by governments as a source of military intelligence to estimate prospective casualties and costs incurred from occupying foreign territories.

In a new University of California San Diego study, researchers examine data from Twitter during the 2014 conflict between Russia and Ukraine. The Russian television narrative, which is that a fascist coup had taken place, did not “catch on” in Ukrainian Russian-speaking communities. The only exception was Crimea. This could explain why Russia’s forces did not advance further than Crimea’s borders, as Russian analysts may have observed overt signals, including some from social media, that they would have faced strong and violent resistance.

“If you’re a conservative Russian military planner, you only send special forces to places where you are fairly certain they will be perceived as liberators, not occupiers,” said they study’s first author Jesse Driscoll, associate professor of political science at the UC San Diego School of Global Policy and Strategy. “A violent occupation of Russian-speaking communities that didn’t want the Russian soldiers to be there would have been a public relations disaster for Putin, so estimating occupation costs prospectively would have been a priority.”

The study, published in Post-Soviet Affairs, does not present evidence that Russian analysts used Twitter data – only evidence consistent with its potential to be repurposed using the methods in the paper. Through reconstructing how the Russian-state narrative was received by Russian-speakers living in Ukraine, the researchers were able to determine the areas where it would have been safest for Russia to send special forces. This bore an eerie resemblance to the map of where Russian soldiers actually went – Crimea and a few probes in the far East, but no further.

In the study, the data from Twitter was collected in real time beginning in August 2013. The researchers compiled tweets with GPS coordinates of social media users who had their locations services turned on. Though data was collected from all over the world (roughly 940,000,000 tweets), the researchers filtered the data by time (the 188 days from February to August 2014), location (Ukraine) and language (Russian).

“We were most interested in Russian-speakers in Ukraine because that is the population which might have considered sedition,” said Driscoll.

The researchers then created two dictionaries to identify key words associated with the two polarized and competing narratives of the news cycles at the time.

“All of this started with an event that the Kremlin still calls a ‘coup’ and Western governments call ‘The Revolution of Dignity’ – very different narratives there,” Driscoll said. “The framing language of ‘terrorism,’ was prominent in anti-Kremlin users and ‘fascism’ was popular among pro-Kremlin tweets. These two narratives were frequently employed in news coverage during the six months in the study, including on Russian and Western television news programs.”

The authors used the twitter data to measure narrative uptake as a window into which storyline was favored in Russian-speaking communities. After manually screening for automated accounts (“bots”), this process yielded 5,328 tweets from 1,339 accounts, which were interpreted by a team of Russian-speakers in Ukraine who read each tweet to identify their political affiliation.  Machine-learning algorithms were then used to create a much larger sample for analysis. With further filtering, the team identified 58,689 tweets as pro-Kremlin and 107,041 as anti-Kremlin. The researchers then mapped out the data over each Ukrainian state, or oblast, comparing the percentage of tweets in each of the two narrative categories.

Though there was some pro-Kremlin sentiment expressed on Twitter in every oblast, the spatial visualization of the data showed Crimea as an outlier based on its high pro-Kremlin percentage.

“If Russian strategists were likely considering expansion beyond Crimea, they would have been able to use social media information to assess, with a great deal of precision and in real time, the reception that they would likely receive,” Driscoll and his co-author wrote. “Our data shows that further expansion beyond Crimea could have resulted in an ethnic bloodbath.”

Though other studies have focused on how polarized media “bubbles” allow conflicting coverage of the same events, the departure in the Post-Soviet Affairs paper is its emphasis on the potential for social media data to be repurposed for crisis decision-making.

“Our conjecture is that these planners would have been eager for information on social attitudes of Ukrainians,” said Driscoll “Our claim is not that social media is the only way to get this information – the Kremlin has lots of eyes on the ground there – but it does provide a granular picture that analysts from different countries can observe in real time, even from a great distance.”

It is easy to imagine military crisis-bargaining applications of these methods. Mainland Chinese analysts may be hungry for real-time updates on Taiwanese public opinion. U.S. analysts may be interested in the opinions of youth groups in Iran. Social media is a new frontier in this space.

Driscoll and his co-author concluded, “We favor the analogy between information warfare techniques and airplanes at the start of the First World War. Conventional militaries are just beginning to explore the ways that emergent information technologies can shape battlefields. As techniques for real-time data mining become commodified, they will be integrated into best practices for counterinsurgency and, more generally, into military planning. This paper has shown one way in which they could have been useful.”

Driscoll’s expertise focuses on Central Asia, the Caucasus and the Russian-speaking world. He is chair of the School of Global Policy and Strategy’s Global Leadership Institute.