Conference puts entrepreneurship and innovation in the forefront 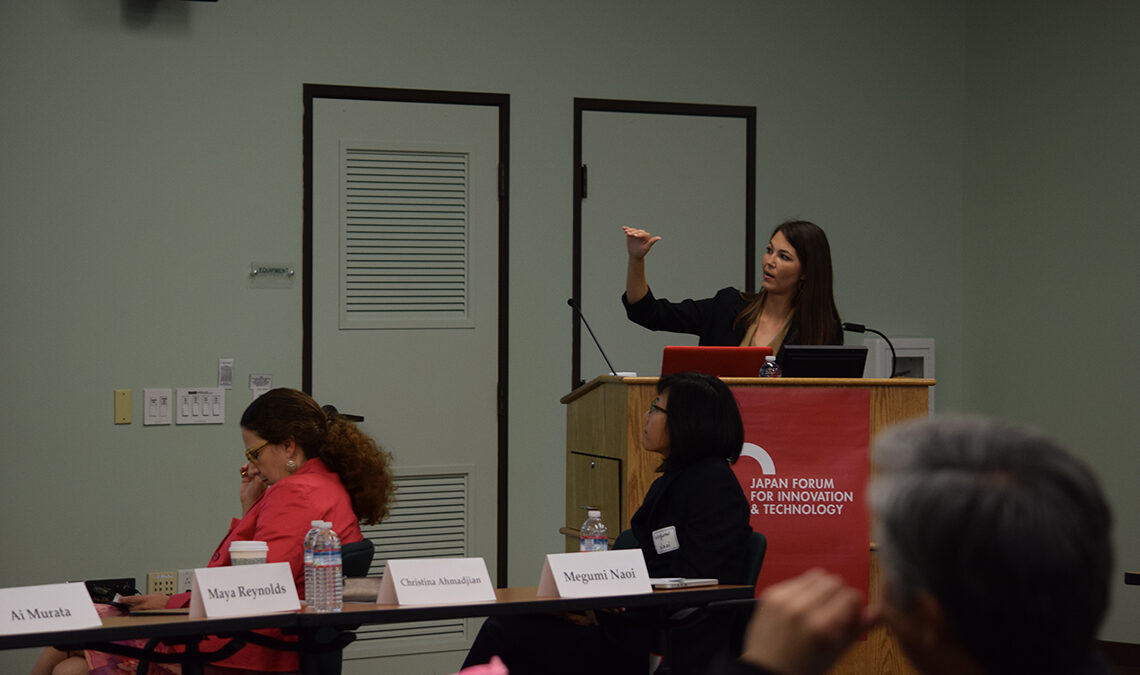 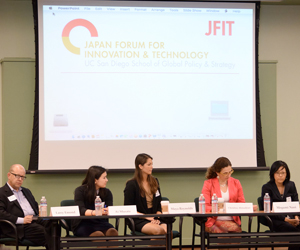 The Japan Forum for Innovation and Technology (JFIT) at the UC San Diego School of Global Policy and Strategy (GPS) hosted its second conference, “Innovation and Entrepreneurship in Japan,” jointly with Santa Clara University, The University of Tokyo and Stanford University.

In their two days together, attendees discussed Japan’s current innovation dynamics, plus the biggest differences in regulatory and institutional parameters between Japan and the U.S. in fostering innovation.

The roles of women in entrepreneurship, politics and innovation proved to be a standout topic, especially in light of JFIT’s newly launched Josei/Women for Upper Management Program.

“Evidence is abundant that Japanese women lag behind men,” explained Megumi Naoi, an associate professor of political science at UC San Diego. Two exceptions to this, Naoi said, are soccer and turning out to vote—female voter turnout has been higher than male turnout since 1969.

According to research from Larry Emond, managing partner for Asia and West USA at Gallup, women clearly do not lag behind men in managerial skills. Yet, in Japan, the percentage of full-time employees who are managers is 10 percent men versus 1 percent women, Emond shared, adding this ratio is 11 percent men to 10 percent women in the U.S.

“What has to happen for womenomics to work is that (Japan) needs to give women a reason to work (at set incentives for all) to break gender stereotypes. I believe things are changing gradually.”

Entrepreneurship, however, might not be the answer to this, according to research presented by Ai Murata of Takeda Pharmaceutical. Studying whether or not entrepreneurship offers work-life balance for Japanese women, Murata found married women and mothers are more satisfied with their work-life balance compared to single women because there are firmer boundaries between family and work.

Women-led or not, startups also were a point of discussion.

“The perception that there are less startups in Japan than the U.S. is just from the newspapers,” said Robert Eberhart, assistant professor of management at Santa Clara University’s Leavey School of Business. “The U.S. startup rate has been declining in the last 15 years. We are now average with the other countries, including Japan.” 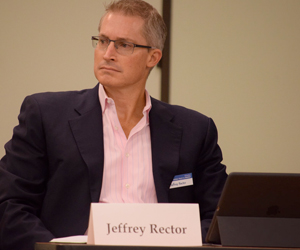 Eric Gan, executive vice president of SoftBank Corp., lent his personal expertise of working with venture capitalists to the conversation, too. “They’re a lot of smart people and they have a lot of pride,” he said. “It’s not easy to coach them, really. The good news is I’ve done it before.”

Gan touched on this topic more ahead of the conference in his talk, “Asian Internet Companies and the Global IT Industry Dynamics,” which he delivered on May 4 as a Pacific Leadership Fellow at GPS’s Center on Global Transformation.

Beyond entrepreneurship, the conference also took a turn toward regulation and innovation, as well as corporate governance and the market for corporate control, through research papers presented by UC Berkeley’s Steven Vogel, GPS postdoc Ahmed Abdulla and GPS Professor Ulrike Schaede, who also is director of JFIT.

A lively discussion ensued over the course of Japan’s reforms, the current status of alternative energy policies and the market for corporate control. It was in these instances the purpose of the conference came full circle.

Jeffrey Rector, a partner at Sheppard Mullin and president of GPS’s Alumni Board, pointed out that feed-in-tariffs (FITs)—a core policy push toward renewable energies by Germany, the U.S. and now also Japan—are effectively a “local gift to the global environmental purpose,” and he applauded the taxpayers of these three countries to shoulder the burden of these expensive FITs.

And other questions and answers ensued.

Are new companies embedded in their communities more likely to create more jobs than upstarts in the big cities, Bob Eberhart explored, and Ahmadjian shared a study on Japan’s nascent microbrewery industry—she found that products intended solely for local representation form “empty categories” that are unlikely to sustain unless they also fulfil a true product need.

Needless to say, the two days of back-and-forth discussions of Japan ended on a toast to Japan’s efforts to move forward in many dimensions.

View photos from “Innovation and Entrepreneurship in Japan.”

By Virginia Watson
5 Mins read
In a timely webinar, researchers on democracy, world economics and military strategy explore the implications of the ongoing invasion
CommunityEventsResearch