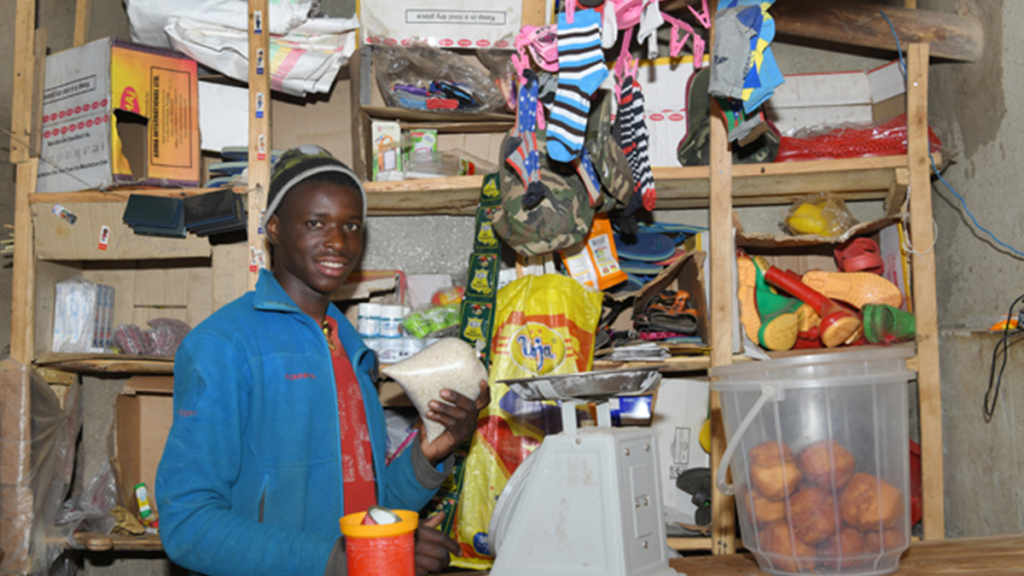 In the head-to-head comparison of a workforce-training program and direct cash transfers for Rwandans, cash proves superior in improving economic outcomes of unemployed youths, while training outperforms cash only in the production of business knowledge, according to a new University of California San Diego study. The findings revealed both programs improved ownership of assets used for business purposes and the number of hours spent working, but neither actually improved employment rates.

Conducted over an 18 month time-period, the study involved 1,848 Rwandans with incomes averaging about $190 per year.

In spite of gains in formal educational attainment, Rwanda’s youth unemployment rates remain high. For example, 40 percent of the country’s population is between the ages of 14–30, and 65 percent of these youths are unemployed.

“It is critical to understand the barriers in physical and human capital that prevent youth from being fully productive,” said the report’s co-author Craig McIntosh, a professor of economics at UC San Diego’s School of Global Policy and Strategy. “In spite of this pressing need, policymakers have limited access to evidence-based interventions with a track record of effectiveness.”

Through cash benchmarking approach, the researchers did a direct comparison of the outcomes of participants of the Huguka Dukore/Akazi Kanoze (HD) program – meaning ‘Get Trained and Let’s Work/Work Well Done’ in Kinyarwanda – to participants who were given cash transfers in a range around the anticipated cost of the employment program (about $332). The experiment compared the efficacy of the workforce-training program to simply disbursing the cost of the same program directly to beneficiaries.

“We sought to answer how can policy spending achieve the greatest effect, and how can money be spent to create the largest total benefit across a pool with a fixed budget,” McIntosh and co-author Andrew Zeitlin, assistant professor at Georgetown University’s McCourt School of Public Policy, wrote.

The Huguka Dukore/Akazi Kanoze (HD) program, funded by the United States Agency for International Development (USAID) and operated by the Educational Development Center, is a ﬁve-year project (2017-2021) aimed at providing 40,000 vulnerable youth with employability skills in 19 of 30 total districts in Rwanda. The program targets youth ages 16-30 from poor households with less than secondary education, with an emphasis on women and youth with disabilities.

Participants of the study were randomly assigned by lottery into five categories: the HD program group; a smaller cash grant group intended to be the same cost as HD at $332; a cash grant and HD combined to test if the interventions complement each other; a larger cash grant, which happened to be roughly equal to the cost of both the workforce training program and cash-grant equivalent to about $845; and finally, a group in which no program or direct cash was oﬀered at the time of study.

Improvements in work readiness while cash reigned supreme across the board

The results of the HD program participants, which were collected 15 months after starting the program and at least three months after training ended, showed Huguka Dukore has real benefits. While there was no overall improvement in employment rates, participants of HD saw an increase in business knowledge and productive hours. In addition, the value of business assets held by the households (such as furniture and retail equipment, inventories, and machines for the production of agricultural goods) more than doubled, and average savings increased by 60 percent. It also improved participant well-being.

The cash transfer group results indicated that after 14 months of the direct payment of $332, participants had improvements across a broad range of economic and psychological outcomes. The one-time seed investment showed to drive monthly income, household-and individual-level consumption, livestock value and overall wealth to higher levels. The group also showed significant increase of 6.5 more productive hours per week.

Additionally, youth who received cash were more likely to move into self-employment. In other words, they became more entrepreneurial.

“These impacts are substantial for beneficiaries and provide a meaningful return on the costs of intervention,” the authors wrote. “For example, the cost to USAID of the middle transfer would be recuperated in beneficiary income impacts alone after approximately 26 months. These results provide more evidence that one-time unconditional transfers tend to be used in a careful and far-sighted fashion by poor households in developing countries.”

Both unconditional cash grants of $332 and $845 were provided via mobile money through the U.S. nonprofit GiveDirectly; however, recipients of the lower cash award benefited just as much as those who received the larger grants.

“Lower transfers appear to have cleared a barrier that generates real benefit to households,” McIntosh said. “Our study provided evidence that transfer sizes greater than $150 are required to induce changes in productive outcomes in this setting, but here we find transfers larger than $400 have limited additional value. This helps to identify the ‘sweet spot’ for cash in this context.”

What surprised researchers the most from the study was the results from the combined group who were offered both the HD work readiness program and the cash grants of $410. They found no evidence that the two complemented each other and if anything, the combination appears to do worse than what would have been expected by adding up the individual impact of each of the two programs.

“Our results should not be taken to mean that it is impossible to design cash and training programs in a complementary manner, but rather than simply providing them together does not automatically generate a whole greater than the sum of the parts,” the authors wrote.

Both the workforce readiness and cash grant interventions had a relatively consistent effect across richer and poorer, male and female, older and younger, and across local labor market conditions.

This report details the 18-month midline results from an impact evaluation. A longer-term, follow-up survey will be conducted 36 months after baseline (Nov. 2020 – Feb. 2021) providing an eventual window into longer-term impacts.