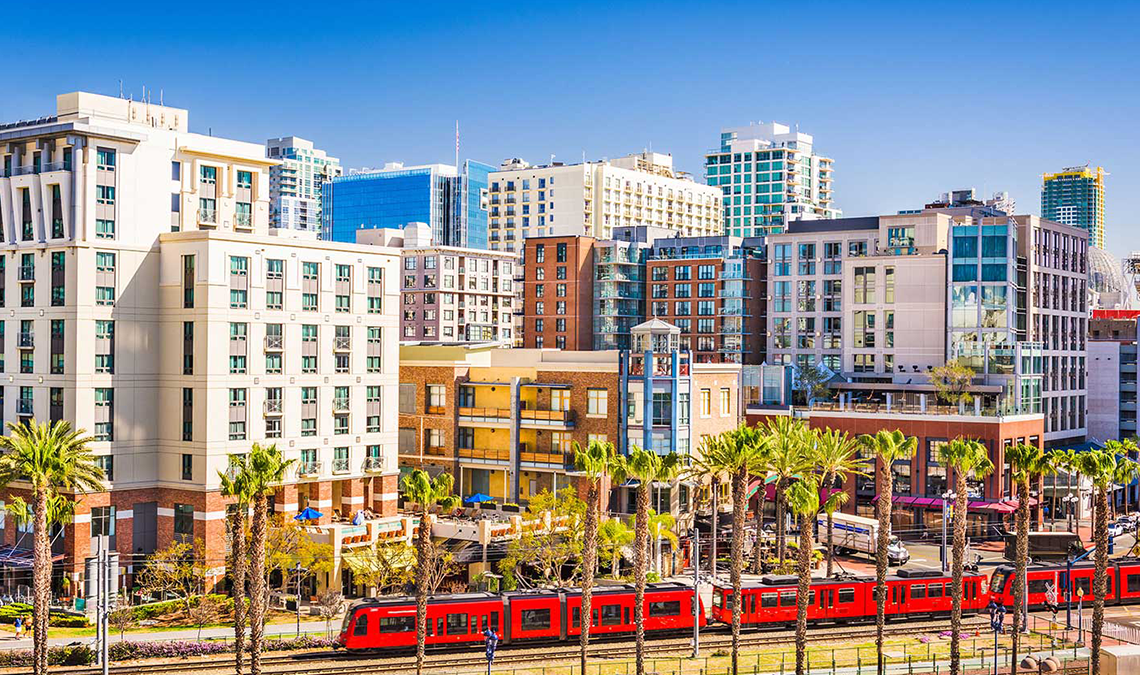 Despite achievements, most cities need to cut emissions by 64% to reach their respective goals

A new report evaluating the efficacy of climate action plans and commitments of the 100 largest U.S. cities finds the leadership of these municipalities stands as an important counter to the federal government’s rollback of climate policies and departure from the Paris Agreement. Yet, despite genuine achievements by some, roughly two-thirds of cities are currently lagging in their targeted emissions levels, and, on average, all cities in the report need to cut their annual emissions by 64% by 2050 in order to reach their respective goals.

Of the top 100 most populous cities in the U.S. as of 2017, less than half (45) had climate action plans. Those plans include an inventory of greenhouse gas emissions, the establishment of reduction targets and reduction strategies as well as monitoring efforts. California contains the most activity with 11 Climate Action Plans (CAPs). Half of the top six cities that have already achieved the biggest emission cuts are in the state, including San Diego.

Los Angeles experienced the largest decrease in emissions (about 47%), as of the time of analysis, followed by followed by San Francisco, Washington, D.C., Durham, Greensboro and San Diego. Cities in California are also the only ones in the report with binding reduction targets, as the fifth largest economy has pledged to be carbon neutral by 2045. The state is also unique in that its cities have chief sustainability officers.

The findings, with synergies with University of California San Diego research, reveal that collectively, the total annual reduction in emissions that would be achieved by the 45 cities in the report (in their respective target years) would equate to approximately 365 million metric tons of cuts—about the same as removing 79 million passenger vehicles from the road.

“These actions city by city could add up to a powerful approach to climate mitigation,” said David Victor, co-author of the report and professor of international relations at the UC San Diego’s School of Global Policy and Strategy. “Cities make great laboratories for combating climate change because some of the hardest tasks in cutting emissions involve activities such as urban planning and rebuilding transportation infrastructures—areas where cities are on the front lines. What’s needed is for these leaders, like San Diego, to make their successes more visible—so that more cities here and abroad follow.”

The report, released by The Brookings Institution, finds that CAPs across the U.S. tend to align with the 80%-decrease-by-2050 mitigation pathway to which the U.S. previously committed under the Paris Climate Agreement. However, these plans also are likely to fall short of the mitigation pathways that limit warming to 1.5° C modeled by the Intergovernmental Panel on Climate Change (IPCC).

“It’s important to take the pulse of what the country has been actually saying and doing on climate change and this requires looking far beyond the gridlock of Washington,” Victor and co-authors write. “Cities’ Climate Action Plans have been celebrated as an important counterpoint to national drift. However, U.S. cities’ pledge-setting is sub-optimal in its coverage and design, with less than half of large cities setting targets, and most targets remaining non-binding.”

With Washington gridlocked, cities are on the front lines combating climate change

They conclude that the development and implementation of city greenhouse gas emissions plans and pledges—while important and encouraging—leaves room for improvement in terms of reach, rigor and ambition.

“Change—that starts with decentralized action—requires diligent review and assessment to learn what really works,” they write.

Thus, to make the nation’s “bottom-up” climate commitments more effective, the authors recommend creating a system for improving the quality of pledging, new incentives for emphasizing implementation, and stronger systems to encourage learning and review with an eye toward enhancing “followership.”

Though the cities in the report only make up a fraction of U.S. emissions (about 6% percent in 2017) their demonstration of leadership on this issue is critical, while there is gridlock and polarization in Washington.

They add, commitment to action in places from the heartland of America, such Greensboro and Durham in North Carolina, Cincinnati, and Richmond can help the U.S. achieve more credibility on the& world’s stage, should the country shift to engage in international diplomacy on climate change again.

The report Pledges and Progress: steps toward greenhouse gas emissions reductions in the 100 largest cities across the U.S. was conducted by a systematic review of reports, documents and information produced by the cities. More specifically, details about the greenhouse gas reduction targets, or lack thereof, for each city were gathered via a combination of internet searching, review and search of the official websites of cities, and a review and search of websites and reports from organizations such as ICLEI-USA (Local Governments for Sustainability) and the Global Covenant of Mayors for Climate and Energy.