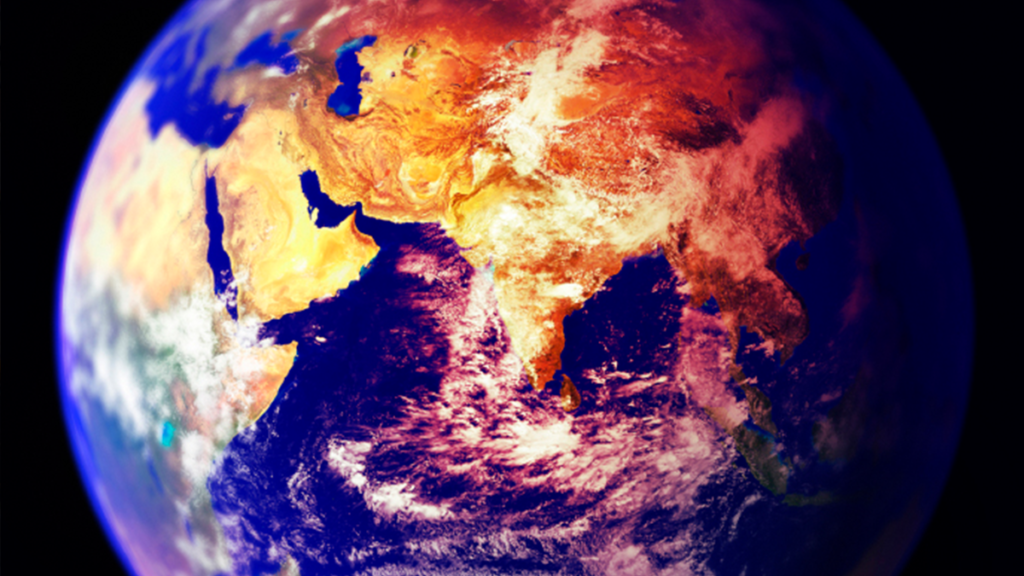 Injecting particles into the atmosphere to cool the planet and counter the warming effects of climate change would do nothing to offset the crop damage from rising global temperatures, according to a new analysis published in Nature by the University of California, Berkeley, Stanford and Columbia Universities, as well as the University of California San Diego’s School of Global Policy and Strategy.

By analyzing the past effects of Earth-cooling volcanic eruptions, and the response of crops to changes in sunlight, the team concluded that any improvements in yield from cooler temperatures would be negated by lower productivity due to reduced sunlight. The findings have important implications for our understanding of solar geoengineering, one proposed method for helping humanity manage the impacts of global warming.

“Shading the planet keeps things cooler, which helps crops grow better. But plants also need sunlight to grow, so blocking sunlight can affect growth. For agriculture, the unintended impacts of solar geoengineering are equal in magnitude to the benefits,” said lead author Jonathan Proctor, a UC Berkeley doctoral candidate in the Department of Agricultural and Resource Economics. “It’s a bit like performing an experimental surgery; the side-effects of treatment appear to be as bad as the illness.”

The findings were released in Nature today, Aug. 8.

“Unknown unknowns make everybody nervous when it comes to global policies, as they should,” said Solomon Hsiang, co-lead author of the study and Chancellor’s Associate Professor of Public Policy at UC Berkeley. “The problem in figuring out the consequences of solar geoengineering is that we can’t do a planetary-scale experiment without actually deploying the technology. The breakthrough here was realizing that we could learn something by studying the effects of giant volcanic eruptions that geoengineering tries to copy.”

“Being able to accurately gauge the effectiveness stratospheric sulfate aerosols have on countering damages to climate change, and the potentially unintended consequences of their use, is another important step for our research as we seek solutions to the difficult questions rising temperatures pose to the global community,” Burney said.

Some people have pointed to past episodes of global cooling caused by gases emitted during massive volcanic eruptions, such as Mt. Pinatubo in the Philippines in 1991, and argued that humans could purposely inject sulfate aerosols into the upper atmosphere to artificially cool Earth and alleviate the greenhouse warming caused by increased levels of carbon dioxide. Aerosols – in this case, minute droplets of sulfuric acid – reflect a small percentage of sunlight back into space, reducing the temperature a few degrees.

“It’s like putting an umbrella over your head when you’re hot,” Proctor said. “If you put a global sunshade up, it would slow warming.”

Pinatubo, for example, injected about 20 million tons of sulfur dioxide into the atmosphere, reducing sunlight by about 2.5 percent and lowering the average global temperature by about half a degree Celsius (nearly 1 degree Fahrenheit).

The team linked maize, soy, rice and wheat production from 105 countries from 1979-2009 to global satellite observations of these aerosols to study their effect on agriculture. Pairing these results with global climate models, the team calculated that the loss of sunlight from a sulfate-based geoengineering program would cancel its intended benefits of protecting crops from damaging extreme heat.

“It’s similar to using one credit card to pay off another credit card: at the end of the day, you end up where you started without having solved the problem,” Hsiang said.

Some earlier studies suggested that aerosols might improve crop yields also by scattering sunlight and allowing more of the sun’s energy to reach interior leaves typically shaded by upper canopy leaves. This benefit of scattering appears to be weaker than previously thought.

“We are the first to use actual experimental and observational evidence to get at the total impacts that sulfate-based geoengineering might have on yields,” Proctor said. “Before I started the study, I thought the net impact of changes in sunlight would be positive, so I was quite surprised by the finding that scattering light decreases yields.”

Despite the study’s conclusions, Proctor said, “I don’t think we should necessarily write off solar geoengineering. For agriculture, it might not work that well, but there are other sectors of the economy that could potentially benefit substantially.”

Proctor and Hsiang noted that their methods could be used to investigate the impact of geoengineering on other segments of the economy, human health and the functioning of natural ecosystems.

“Society needs to be objective about geoengineering technologies and develop a clear understanding of the potential benefits, costs and risks,” Proctor said. “At present, uncertainty about these factors dwarfs what we understand.”

The authors emphasize the need for more research into the human and ecological consequences of geoengineering, both good and bad.

“The most certain way to reduce damages to crops and, in turn, people’s livelihood and well-being, is reducing carbon emissions,” Proctor said.

“Perhaps what is most important is that we have respect for the potential scale, power and risks of geoengineering technologies,” Hsiang said. “Sunlight powers everything on the planet, so we must understand the possible outcomes if we are going to try to manage it.”