A head start on marine conservation 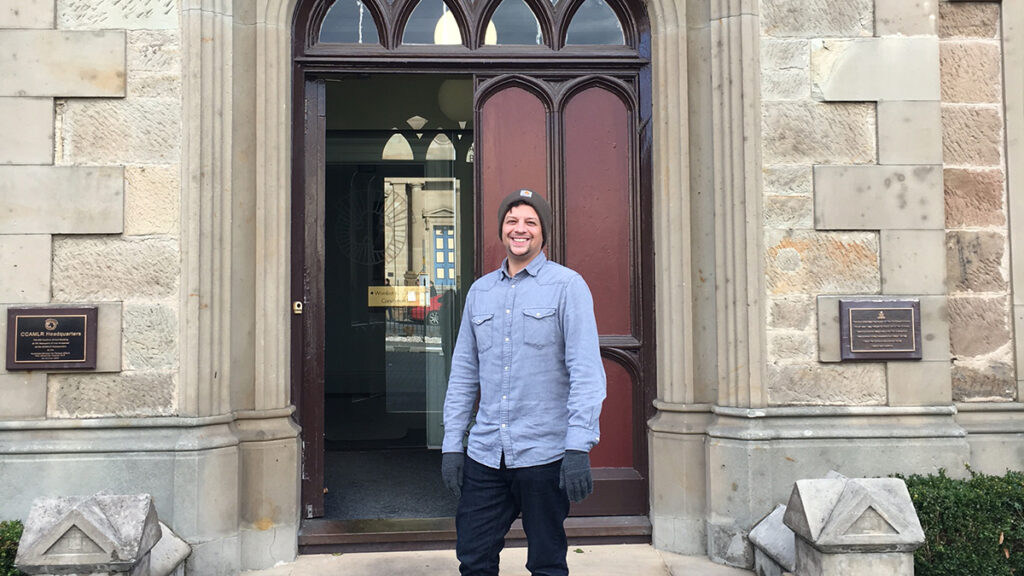 Discover what motivated Frederick Hemans, 2018 MIA candidate, to pen a policy paper about China’s role in the Antarctic sea and how it’s turning heads 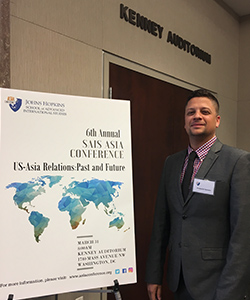 Like many ambitious students at the UC San Diego School of Global Policy and Strategy (GPS), Frederick Hemans hit the pavement early in search of a summer internship. Unlike others, he not only received an internship offer in his first quarter but, with help from his summer employer, already wrote a paper that’s attracting attention on the East and the West Coast.

In April, the 2018 MIA candidate presented “China’s Increasing Role in Antarctic Marine Conservation in the Wake of U.S. Leadership Change” at both the  John Hopkins School of Advanced International Studies’ (SAIS) Asia Conference and at the Association for Public Policy Analysis and Management’s (APPAM) California Regional Student Conference.

The paper, Hemans explained, was born out of his networking efforts with a fishery manager at the Commission for the Conservation of Antarctic Marine Living Resources (CCAMLR).

“Living in San Diego, you face the sea a lot,” Hemans said. “I’ve done a fair amount of research and been involved in marine ecosystems in the U.S. and around the globe. It’s something in my adult life I’ve become really passionate about.”

He called it “serendipitous” that SAIS and APPAM were calling for papers around the time his wheels were turning about this topic. And so, he cranked out 29 pages on his laptop over winter break, continuing to bounce data and ideas off of his contacts at CCAMLR, and crossed his fingers that one of the conferences would value his work.

To sum up the 29 pages, Hemans said, the paper underscores that “managing the global commons like fisheries in Antarctica is complex. If we don’t have efficient regulations and governance between nations, we could destroy the planet.”

Given shifting environmental priorities in the current U.S. administration, Hemans added, he sees it more important than ever to inform and encourage other global actors to have a stake in marine conservation — no mind if that information comes from a graduate student.

“It’s a policy paper first and foremost, but a lot of the challenges of writing this were digging deeper, not just relying on the surface data provided by different sources but digging into the core data provided by climate scientists,” Hemans said. “That was really challenging for someone without a climate science background.”

Undergoing the School’s Quantitative Methods sequence during this time, Hemans said, helped him comprehend the data in ways he wouldn’t have been able to before attending GPS.

Honing in on China’s role was a natural extension of his studies, too, given it’s his regional specialization at GPS. Plus, Hemans lived in Beijing two years before completing his undergraduate studies at San Diego State University. He also resided in New Zealand, which neighbors Antarctica, ahead of applying to GPS. 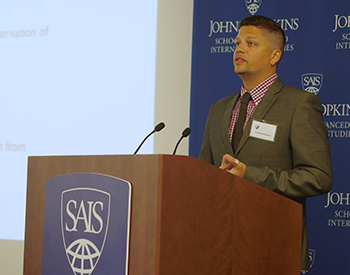 “Combining the two was natural,” Hemans explained. “China is becoming one of the biggest players in the Antarctic both on the actual land mass and in the Antarctic waters. It’s a really important part of the world, especially for international relations, conservation and scientific research. There’s so much focus on the environment, but because Antarctica is not its own country, it sort of flies under the radar. My hope for this paper is to be informative and offer concrete policy recommendations.”

“Being at GPS for even a short time, all students are thinking about their career,” he explained. “For me, I want to do a doctorate somewhere, maybe here. My focus is to build a great CV and show I can do high-level research. Besides, at the end of the day, I love doing this. I could write papers all of the time.”

On a forward-looking note, Hemans said his summer internship with CCAMLR could inspire more notions to put to paper. Based in Tasmania, he will be developing a proposal for the European Union to fund an advance radar system to track illegal fishing in the Antarctic sea.

“I’m so excited about it,” he said, a smile spreading across his face. “I’m jumping out of my seat thinking about it.”