A Gift with Global Impact 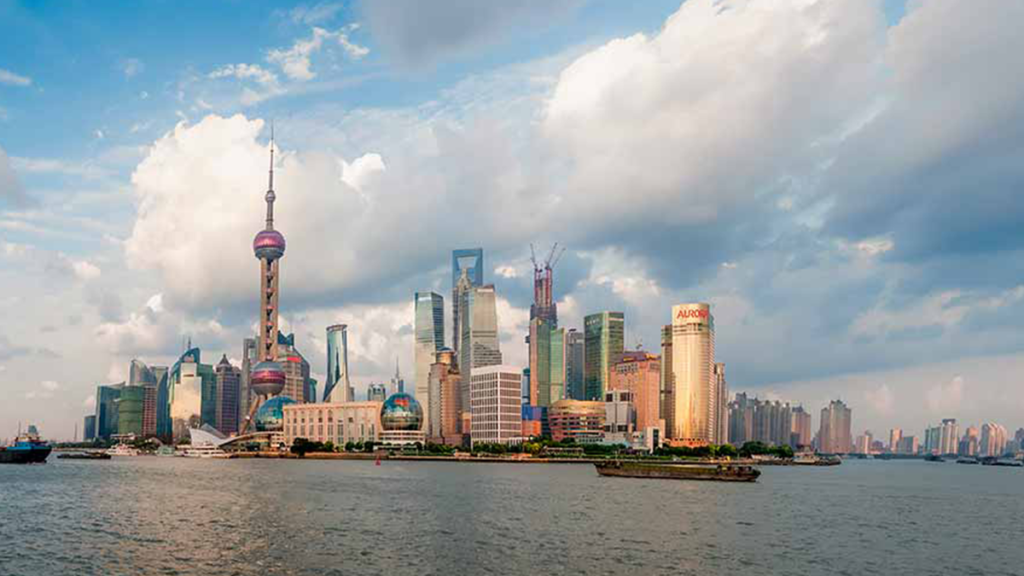 The impact of Qualcomm Incorporated on San Diego and its tech industry is indisputable. Likewise, Qualcomm and its founder, Irwin M. Jacobs, have helped shape the University of California, San Diego into what it is today—a catalyst for economic, social and scientific impact, ranked among the top 20 universities in the world.

Co-founded by Jacobs—a former UC San Diego faculty member—Qualcomm has supported a wide range of areas on campus for three decades. From scholarships, fellowships and endowed faculty chairs to the Jacobs School of Engineering and Calit2’s Qualcomm Institute, the company’s support for UC San Diego is as broad as it is significant for the university’s students, faculty, patients and members of the community.

From Left, Peter Cowhey, Susan Shirk and Lei Guang on a trip to China

Most recently, Qualcomm donated a charitable gift to the UC San Diego School of Global Policy and Strategy’s 21st Century China Program, establishing an endowment to support the program, which was founded in 2011 and is already considered the nation’s largest and most-prominent academic research program on contemporary China.

“At Qualcomm, we are strong supporters of UC San Diego, not only because of its high educational standards, and the fact that they are forming a large part of our future workforce, but also because of their remarkable impact in San Diego, and around the globe,” said Derek Aberle, president of Qualcomm. “We are excited to present this gift to the 21st Century China Program, as we greatly believe in the importance of building international understanding, communication and cooperation.”

“Qualcomm has a corporate philosophy rooted in philanthropy, and we greatly appreciate their longstanding investment in our campus as a whole, and most recently, in the 21st Century China Program,” said UC San Diego Chancellor Pradeep K. Khosla. “This gift will help build UC San Diego into an even stronger leader in global policy research and discussions.”

The 21st Century China Program addresses the need for timely and in-depth analysis of China’s transformation in the context of changing dynamics in the Pacific. It is a hub for policy and business discussions about China and U.S.-China relations based on original, sophisticated research with global impact.

“China’s extraordinary role in the global economy makes a program of this kind a vital addition to the already valuable work done at the School of Global Policy and Strategy,” said Don Rosenberg, executive vice president and general counsel of Qualcomm. “Efforts to increase the cultural, political and business understanding of China benefit all of us.”

The gift will provide a lasting stream of funding to help foster communication and cooperation between U.S. stakeholders and political and business leaders in China, while deepening the quality of research on China’s economy, politics and policy-making process.

“This endowment will take the School of Global Policy and Strategy to the next level in its ability to make a positive impact in research and policy relating to China,” said Peter Cowhey, dean of the School of Global Policy and Strategy. “Qualcomm’s support of our vibrant 21st Century China Program makes a clear statement of the company’s commitment to establishing a knowledge-based mutual understanding and trust between the U.S. and China.”

“This funding will allow the program to undertake major long-term projects that will provide our scholars with original data for cutting-edge research on China,” said Lei Guang, director of the 21st Century China Program. “By fostering creative research and greater understanding between the Chinese and American people, UC San Diego will become not only a major research center on China but also a catalyst for positive change in U.S.-China relations.”

Currently, the 21st Century China Program is advancing China research and policy analysis through collaborations with a number of Chinese partners including Tsinghua University in Beijing and Fudan University in Shanghai, as well as in engaging the government’s think tanks on development, climate change and U.S.-China relations. These partnerships help establish better, more informed research on China and the capacity of China scholars across the world, while supporting solid and peaceful U.S.-China relations.

One program scholar helping to expand the research on China is Victor Shih, a professor at the School of Global Policy and Strategy. Shih has published widely on the politics and policies of Chinese banking, and was the first scholar to identify the risk of Chinese local-government debt. He is currently constructing one of the largest databases that will facilitate the study of leadership politics in China.

“The history of the 21st century will depend on how China’s economy, politics and society evolve, and how China manages its relations with the world,” said Susan Shirk, chair of the 21st Century China Program. “This gift will support our program in joining together UC San Diego’s renowned scholars, professionals involved with China and Chinese partners to address critical policy issues that are front and center in China’s domestic evolution and international behavior.”

To learn more about the 21st Century China Program, visit china.ucsd.edu. For more on the School of Global Policy and Strategy, visit gps.ucsd.edu.