A day in the life of an MPP student 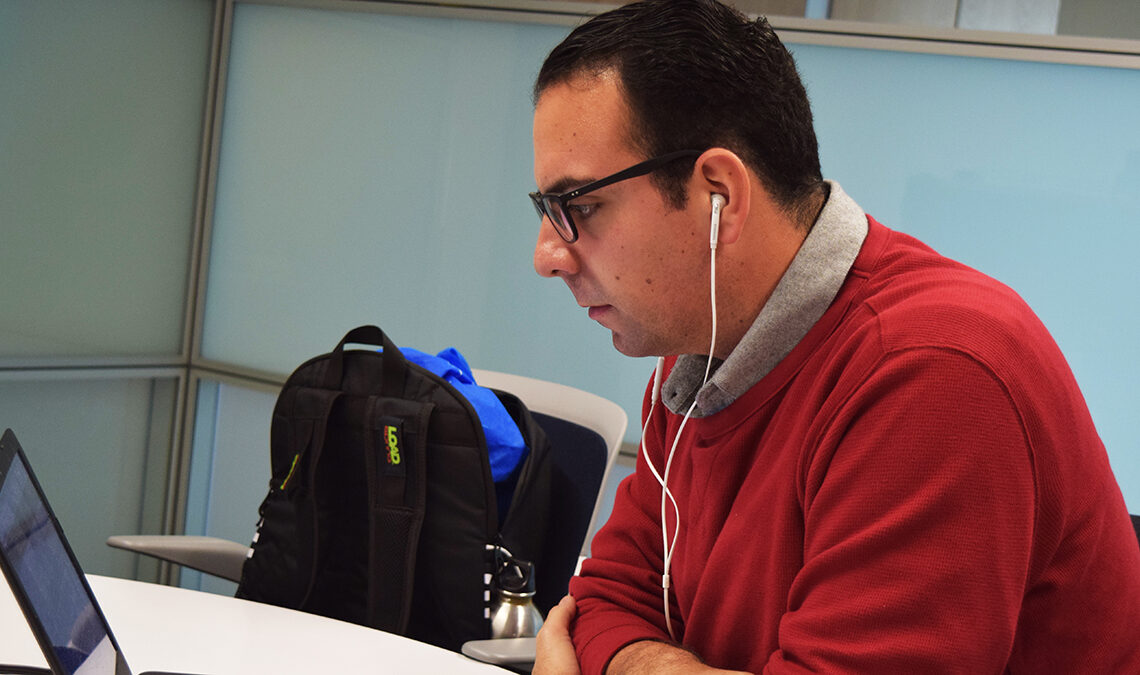 In a Q&A complementing our Storify tour of a day in the life of Shadi Matar, the 2018 MPP candidate paints a picture of what attending GPS looks like today 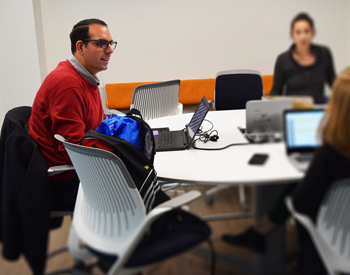 A people person by nature, Matar isn’t chatting with classmates just to pass the time, though. After one quarter at GPS, he’s quickly gripped the importance of comradery to get along—or, as he puts it, “survive”—the School’s new two-year professional degree program that launched in fall 2016.

“I didn’t know what to expect when entering the program, but it’s been hard in the best way possible,” he said. “I’ve never had to study this much for anything. … You just need to know we’re all in this together. We work on assignments together and help each other.”

In complement to our Storify tour of a day in the life of Matar as an MPP student, we also asked him a couple of questions for more on what led him to the School—particularly to enroll in its inaugural MPP student cohort—and what being an MPP student entails.

What drove you to GPS to pursue your MPP?

“Before GPS, I was working in Washington, D.C., at a nonprofit called the Arab American Institute. I was there for about two years, and it was just time for my professional development to go back to school. Ideally, I want to get into politics, local California politics or just San Diego government. I feel I can make the biggest impact on society through government, politics and policy. So, I started looking around for policy degrees, but I had no desire to remain in Washington.  I turned toward the UC system, which is where I did my undergrad at UC Riverside. My family also lives in Riverside County. Being close to them was a big factor. I saw this brand new MPP program at UC San Diego. I was excited about the opportunity to be a part of something that was going to blossom. I wanted to be in the first class and set the tempo for the future. I was very motivated to be a part of something new.” 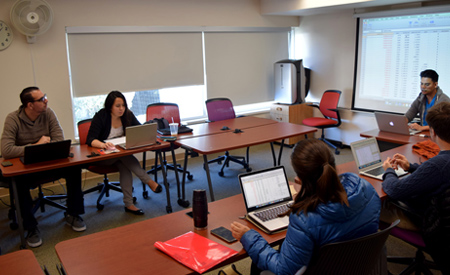 So, how was your first quarter?

“I’ll tell you what I’ve told everyone who’s asked me this same question. This has been the hardest thing I’ve ever done, academically, in my life. I’ve never had to study this much for anything. I’ve never had to prepare this much. I don’t say this with a negative connotation. This is something that prepares me for the rigors of life. I didn’t know what to expect when entering the program, but it’s been hard in the best way possible.”

Is there one facet of the program that has been most challenging?

“It’s what everyone says: The quantitative stuff. Especially in the MPP program, a lot of us don’t have economics backgrounds. We come from a political science or humanities backgrounds that don’t require a lot of math. Having to train your brain to do math again, it’s like learning another language. But you just need to keep practicing it and know we’re all in this together. We all work on assignments together and help each other. You feel the common struggle. If you put in some effort, you’ll learn something. The beginning of summer prep, for instance, I was thinking I wasn’t going to be able to survive. Here we are at the end of the first quarter, and I’m more optimistic about my survival now than back then. I’m glad I took prep in its entirety.”

Which professors or classes have made a lasting impression on you thus far?

“The professor who has pushed me furthest is Gordon McCord. His Managerial Economics class was the hardest for me to understand, but I’ve learned so much from that class. It’s been the most difficult and frustrating for me, but also I understand why it’s useful. The other class I’ve been most interested in and had the most fun with is Professor Zoltan Hajnal’s—or Zoli as they call him— Policy Decisions in the U.S.”

Is there anything you wish you would have known as a prospective student that you know now?

“The School does a very good job of telling prospective students what to expect. They don’t sugarcoat. They tell you straight up what it’s going to be like, and they offer a lot of resources beforehand. To prospective students, I encourage them to reach out to people who have undergone a program already so you know what to expect. In regard to the coursework, it’s on an individual basis. You have to adjust accordingly.”

What motivates you to come to campus every day?

“Just seeing everyone, honestly. I’m a people-driven person. Seeing who’s on campus, what they’re up to and getting into their whacky stories of their lives is really great. My second favorite thing about coming to campus is this beautiful views. It’s unbeatable to see the ocean and mountains to your left or right.” 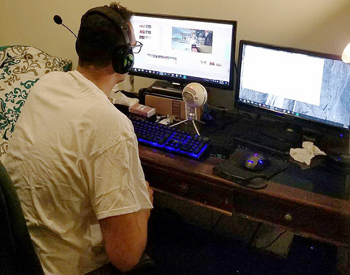 Where do you turn to distress from school?

“You really have to budget some time to not think about school. I love to cook. Cooking is a good way for an hour to create something, enjoy the finished product and wash dishes. That whole time I’m doing it, I’m not thinking about school at all.

I also do video editing. It revolves around video games and is just more of a creative outlet. I did an internship involving video editing and learned a lot of techniques. It’s definitely nice to take something raw and combine it into something that transitions smoothly. Plus, video games are just a very fun hobby. Also, I like discovering the city, giving tours to people who come to visit me. It makes me fall in love with San Diego again and again. I’m very satisfied living here. This is where I’ve always seen myself.”

Visit Storify to see a typical day in the life of Matar.