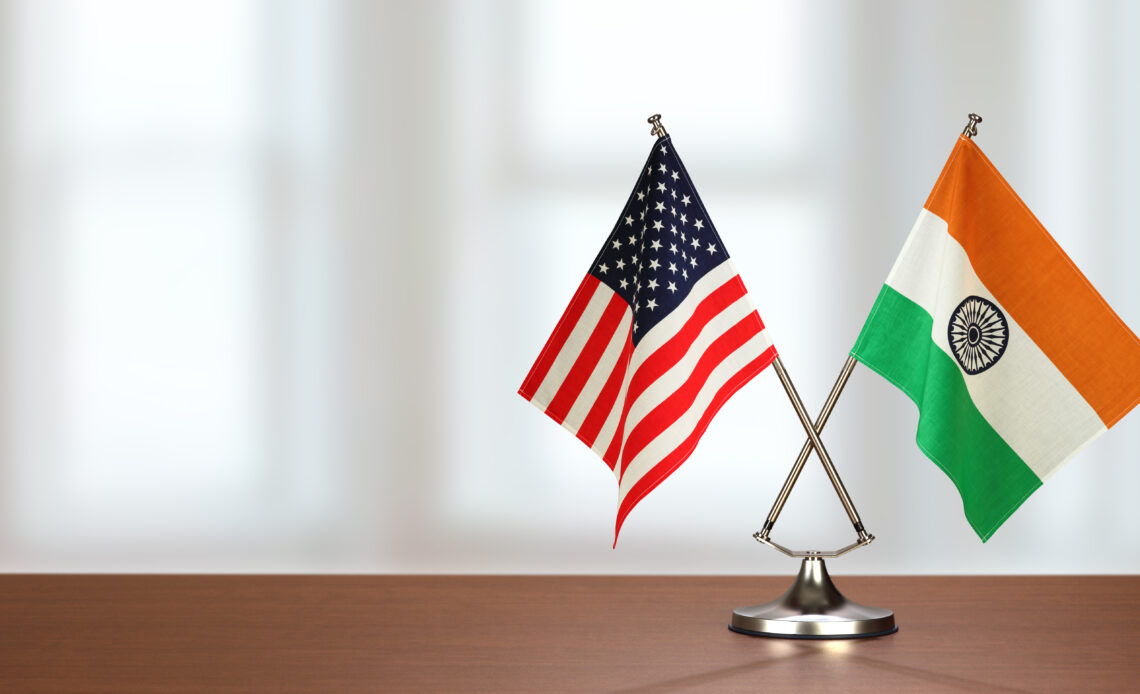 Taranjit Singh Sandhu, Nirupama Rao, Tim Roemer and Richard Verma gathered to share thoughts on the relationship between the two countries at a virtual ambassadorial roundtable

The world is in the midst of the Pacific Century, and India is a key force on the international stage. The relationship between India and the U.S. will be an important driver of the prosperity, democracy, health, security and environmental quality of both countries and the world.

This important relationship has become the driving force behind supporting the formation of the 21st Century India Center at the UC San Diego School of Global Policy and Strategy (GPS).

GPS is strategically positioned to study how the intersection of the Americas and Asia is driving global dynamics, and the new India center will complement GPS’ 21st Century China Center, a leading U.S. center for analysis of policy and strategy questions involving China. At a soft launch event held Nov. 9, GPS Dean Caroline Freund noted that a formal launch of the India center will move forward sometime in 2022.

“GPS is focused on creating a world-class India center that will be a hub for the study of modern India and U.S.-India relations, sparking important research and policy conversations,” Freund said.

“As the world’s two largest democracies, we can and we should work together to drive prosperity, improve health, increase peace and security, and end environmental degradation,” said UC San Diego Chancellor Pradeep Khosla, who gave opening remarks at the event. “And we can do this not just for our two great countries – and nearly one quarter of the world’s population – but also for the well being of the entire planet.”

Taranjit Singh Sandhu, current Indian ambassador to the U.S., opened the roundtable with comments about what makes the U.S.-India relationship a partnership like no other.

In his talk, he noted that a stronger relationship is in the best interests of the world, bringing about a global good.

“We have emerged from every crisis stronger and better,” Sandhu said.

Sandhu added that though a lot remains to be achieved in U.S.-India relations, the economic ties between the two countries hold immense potential.

“What India and the U.S. can achieve together is only constrained by the power of our collective imagination,” Sandhu said.

Roemer touched on a number of strategic agreements, such as the trilateral security pact AUKUS, and said that though those agreements do not directly relate to India, the pacts will likely help to shape U.S.-India security policy.

Roemer also noted that “there is much work to be done today with the U.S. exit from Afghanistan.” During Roemer’s time as ambassador, he recalled that he worked often with panelist Nirupama Rao, then foreign minister, to secure Indian aid to Afghanistan, with India eventually pledging up to $2 billion in funding for a number of economic programs.

“The U.S. and the world were very grateful for India’s investment in trying to provide a peaceful region and a successful outcome in that part of the world,” Roemer said.

Rao said that India views the U.S. as “a natural ally” and “as a very close partner.”

“We share much as far as strategic convergence is concerned when you look at the region,” Rao said.

Offering an example of an area where continued world cooperation is needed, Rao noted that the Indian Ocean is one of the busiest trade channels on earth.

“The security of this maritime domain is of crucial strategic importance to the world and to India,” Rao said. “The countries that inhabit this maritime space do not want to play the game of ideologies. We have lives to improve, we have economies to grow and boundaries to safeguard against terrorism.”

“We are concerned that when two superpowers like the U.S. and China seem to trample each other, the ground trembles,” she added.

Richard Verma, former U.S. ambassador to India, said he thinks the U.S. and India have been on a 20-year upward track – though he cautioned that the continued cooperation will not continue of its own accord.

“We’ve come together in solid ways for a lot of different reasons…the rise of China has frankly brought us closer together,” Verma said. “But if we don’t have champions on both sides in Delhi and Washington stewarding the relationship and moving it forward, then we’re going to revert back to some of those historical overhangs that held us back.”

Verma shared he sees numerous opportunities in policymaking between the two countries and that the U.S. and India are uniquely situated to forge a new type of alliance that extends beyond mutual defense treaties common in the 20th century, focusing not only on security but also on health, climate and technology. Scholars at the 21st Century India Center will be well placed to serve as thought leaders in this process Verma noted.

“We can actually put something together that has flexibility, agility, respects both of our sovereign interests and respects our histories but pulls us together in a very strong way,” Verma said.